The story of Virtual Training began with two brothers, Petr and Jiri Samek, in South Bohemia. The brothers studied in a gymnasium with a cycling major and loved to ride bicycles. While studying at Prague Polytechnic University, they realized that they did not have a tool to measure the results of cycling competitions. So, in their free time from studies, they launched “SportSoft” together with two other guys, Karel Hudecek and Jiri Kortus. An application was developed for result measurements in different sports tournaments.

2003 – Simultaneously with service development in timekeeping, prototyping of the first alphas of the training software was taking place. 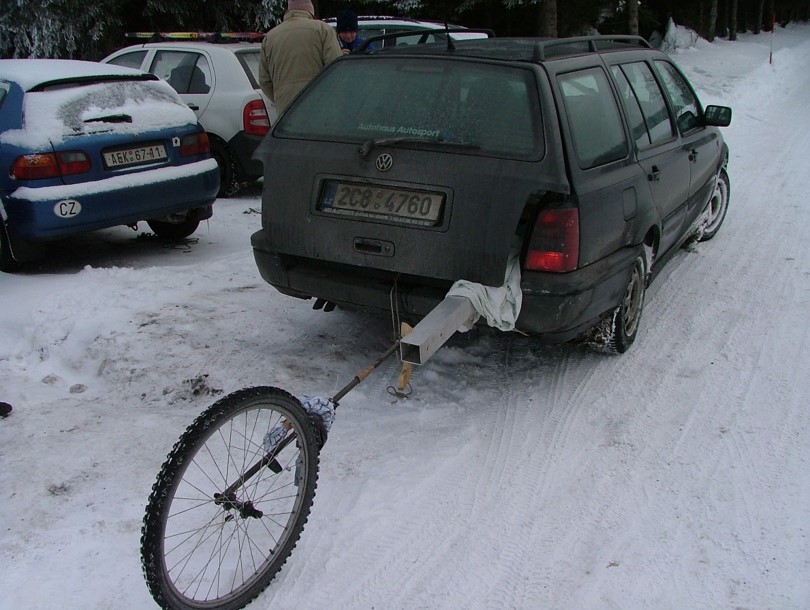 2006 – The very first application version, which supported ergometer “KETTLER,” is officially released. “UniVET System” (Universal Virtual Ergometer Training System), was the full name,
which only a few knew. The first development center was in a family environment in their small hometown of Vimperk. In the beginning, different paths were tried, so software was a part of
their own soldered hardware solution. First versions of the software were promoted together with KETTLER. 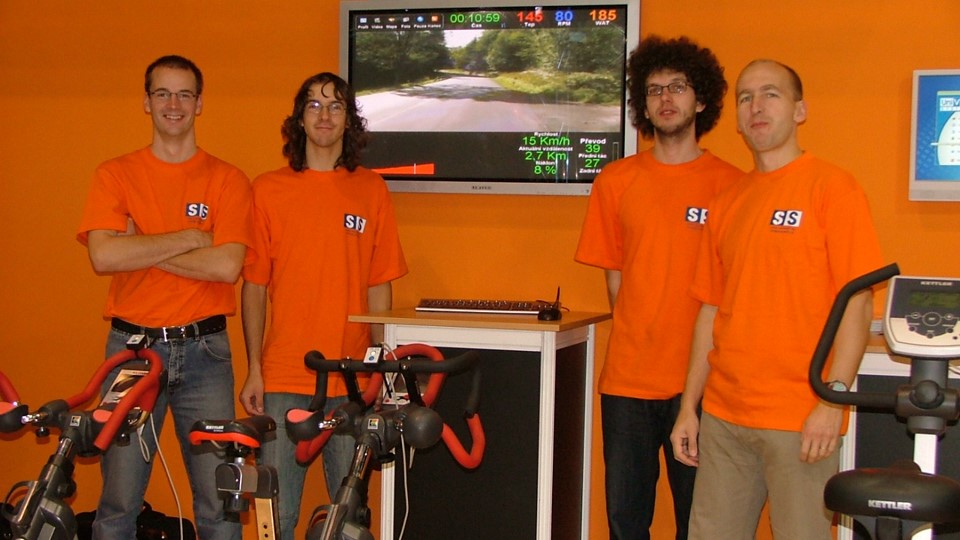 2007 – The brothers started to work on “ErgoCycling” – a special solution for fitness. It became obvious that the production of their own hardware did not make any sense, and all efforts were
concentrated on software.

2009 – The second version of UniVet came out with the widening of support for the ergometers DAUM as well. That same year, their first office space was rented. The standalone version of UniVET System saw its first online connection to a web service and web portal. Between 2009 and 2011, UniVET saw a major growth in features: more supported hardware, a training diary, virtual tours and data synchronization with the community portal, online-races.eu, where online monitoring and results of races have been shared. 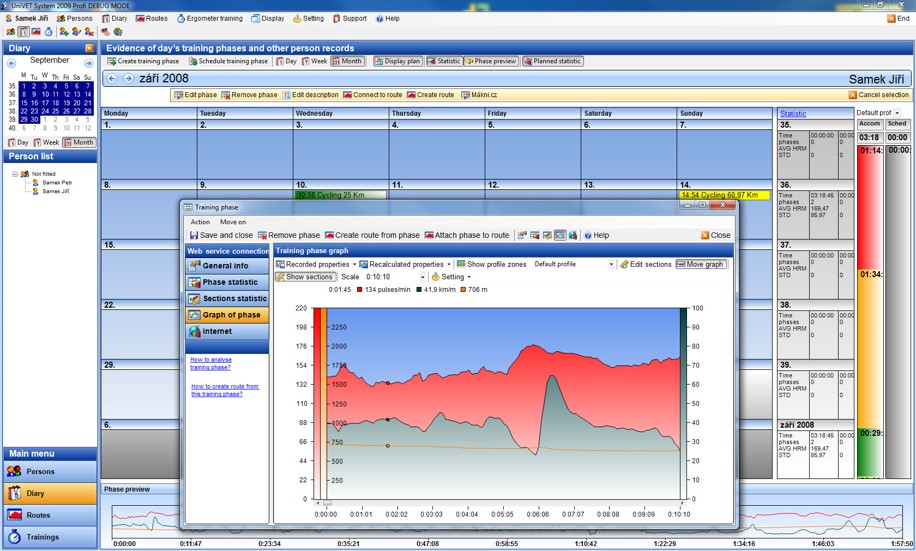 2011 – UniVET System 3 release brought new web, new application codebase, and route editor. The partnership with Saris Group started, which later helped to bring the solution to US customers, and gave it a push to the global market. With the SaaS ecosystem flourishment, UniVET moved to virtualtraining.eu, along with the product name change.

2013 – Having gained significant experience in cycling metrics, Virtual Training concurrently worked on some side projects and developed a range of outdoor mobile apps for new partners. More OS platforms are supported. In the next few consecutive years, VT grew into a cutting-edge, full-blown cycling tool and round year personal training platform. 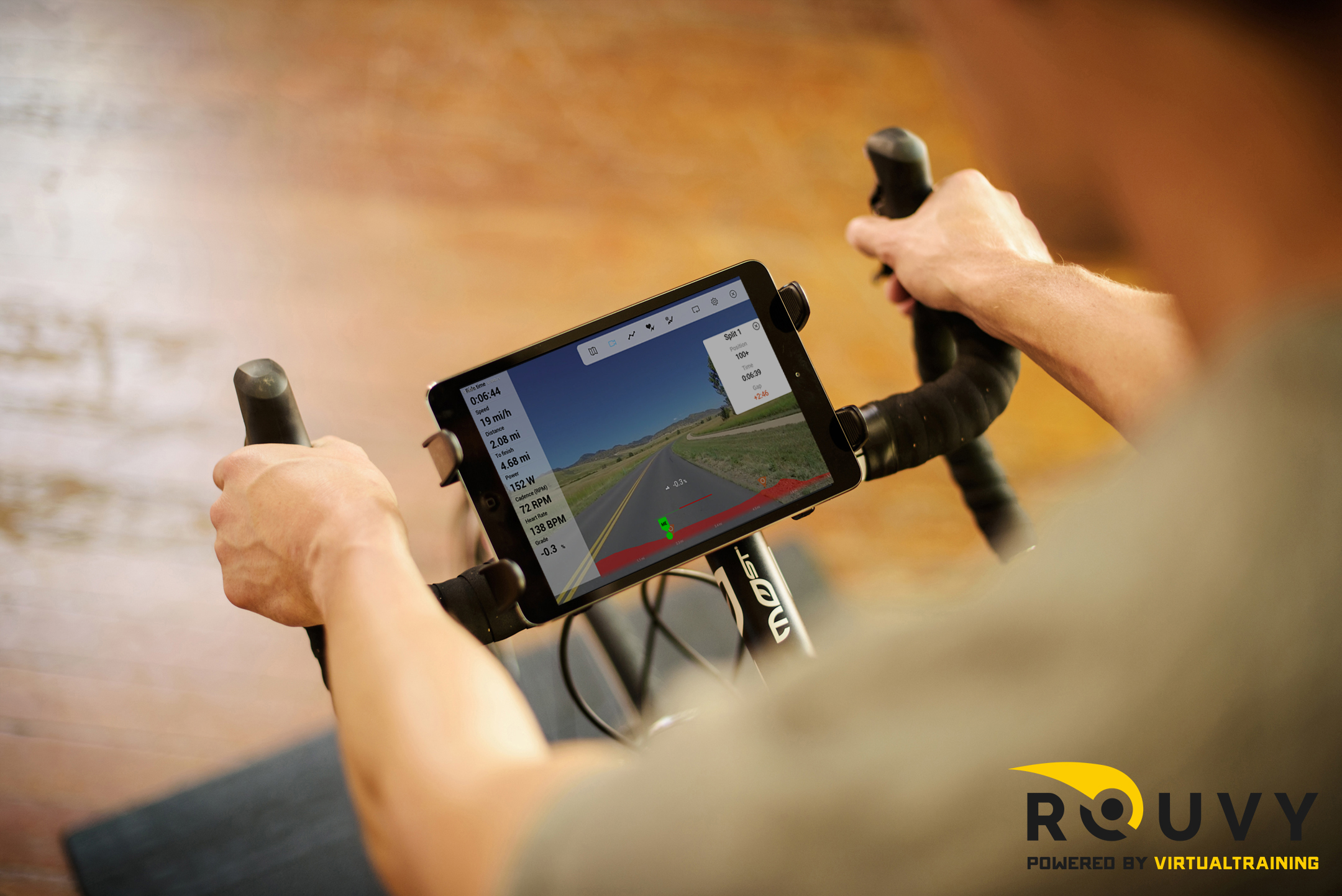 2016 – Jaroslav Kulhavy, the European champion, 2012 Olympics gold medalist in London and 2016 silver medalist in Rio, became an official company athlete and the face of the brand name of Virtual Training.

2017 – To encompass all market opportunities and ensure global reach, Virtual Training turned its virtualtraining.eu product to “Rouvy”. “Virtual Training” continued to exist as a corporate legal
entity, an umbrella company name and an owner of the Rouvy trademark with corresponding licenses. 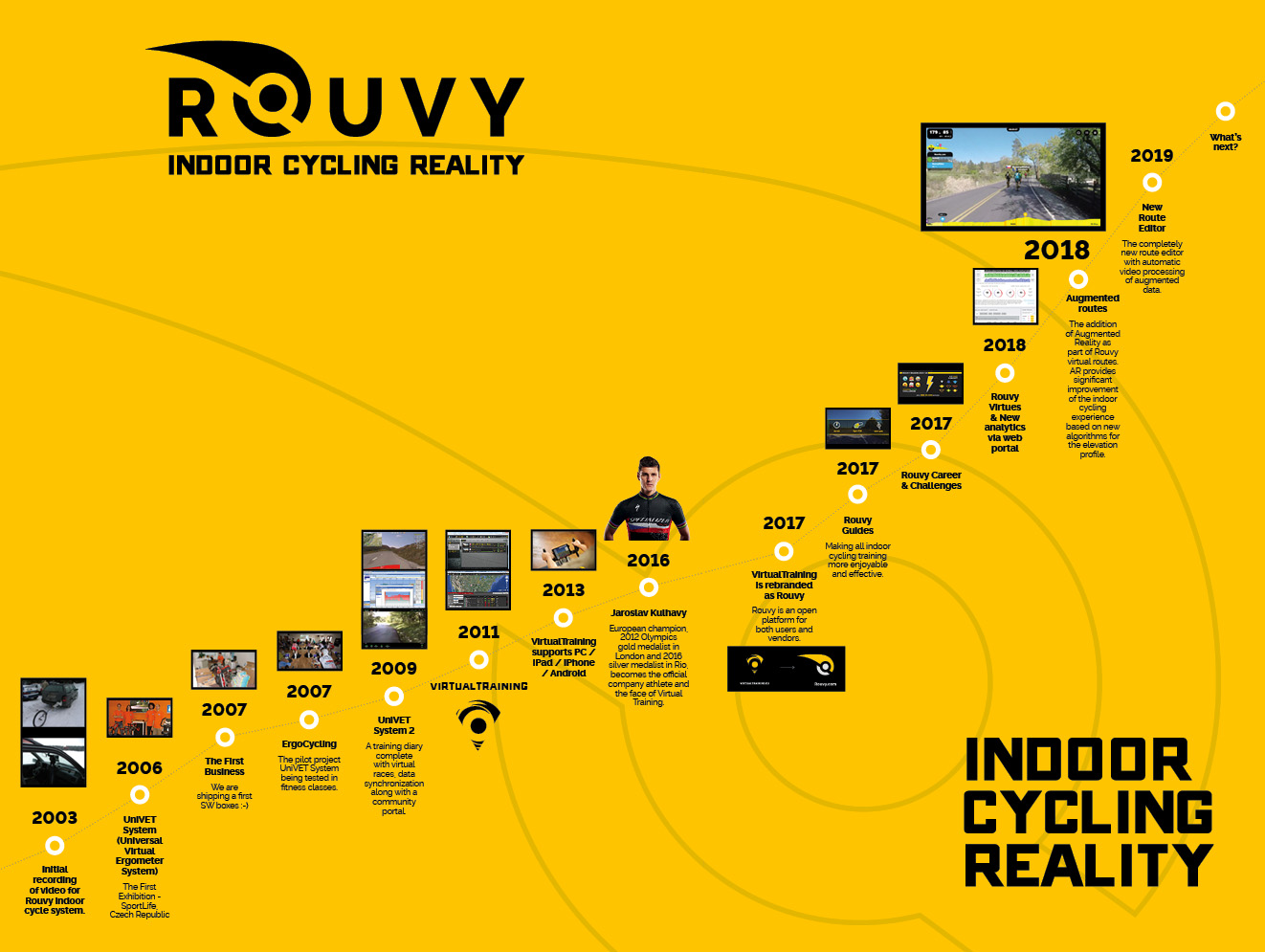